The Portsmouth Naval Shipyard, technically located in Kittery, Maine, is an anchor of the Portsmouth Peace Treaty Trail. 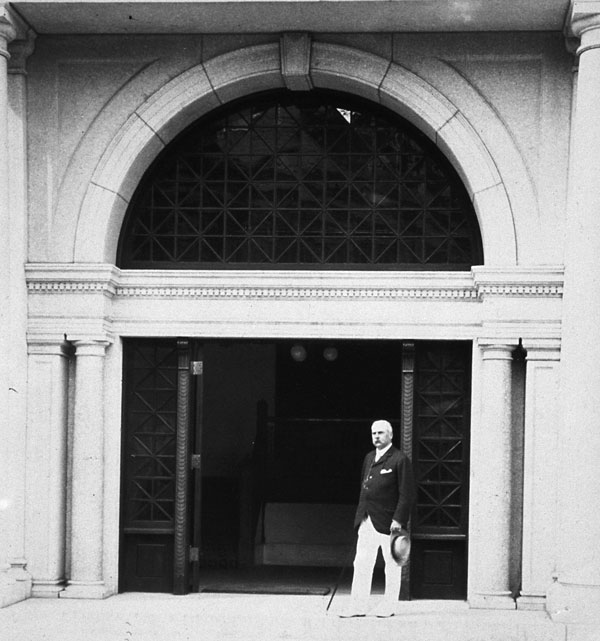 Rear Admiral William Mead (left), commandant of Portsmouth Navy Yard in 1905, had the critical responsibility of hosting the negotiations and ensuring the correct protocols were extended to both parties. Mead was invited, along with the captains of the USS Dolphin and USS Mayflower to observe the signing of the Treaty. They, the Governor of NH, the Mayor of Portsmouth and Thrd Asst. Secretary of State Peirce were the only Americans to witness the signing.

The task of preparing the Navy Yard to host the formal negotiations was immense (for more details, click here). Although the Portsmouth Herald reported on July 10, 1905 that the peace conference would be held at the Navy Yard, Mead did not receive formal orders to prepare the conference spaces until August 2nd. At 9 am that day, 200 workers began the task, working around the clock to be ready for the expected arrival of the delegates on August 6th (fog delayed them until August 8th).

The US Navy converted the second floor of Building 86 (right), a recently completed warehouse in 1905, into negotiation rooms where the Treaty was formally negotiated. On September 5, 1905 at 3:47 pm the Treaty was signed here. A plaque was placed on Building 86 on the first anniversary in commemoration of the Treaty signing. The Navy makes the Peace Treaty Rooms in Building 86 accessible to groups of visitors such as the exchange students from Nichinan, Japan and Portsmouth High School, whenever possible.

For details and official photographs of the formal negotiations, click here. 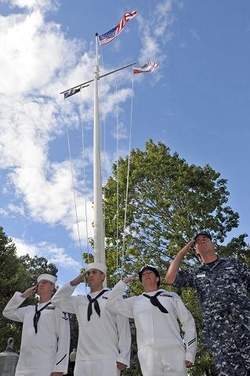 Also at Kittery, figuring into the Treaty social landscape in the summer of 1905 were Horace Mitchell and William Dean Howells. For more on their stories, click here.