Portsmouth welcomed two delegations from Nichinan, Japan -- Portsmouth's Sister City and the birthplace of lead Japanese negotiator Baron Komura. Nichinan Mayor Kyohei Sakita and members of the Nichinan City Council, Chamber of Commerce and Sister City Friendship Association and a delegation from the Nichinan Gakuen Junior Senior High School led by Director General Masakuni Soeda with four teachers and nineteen students traveled to Portsmouth for the celebration. The students participated in homestays with Portsmouth High School students and other activities including the formal commemorations of Portsmouth Peace Treaty Day.

On Friday, September 4th, Portsmouth Mayor Robert Lister and City Manager John Bohenko welcomed the Nichinan City and school officials with a reception and tour of Portsmouth City Hall. The Mayors discussed their respective City Council responsibilities while touring the Portsmouth City Council Chambers (below right), following the exchange of gifts (below, left). 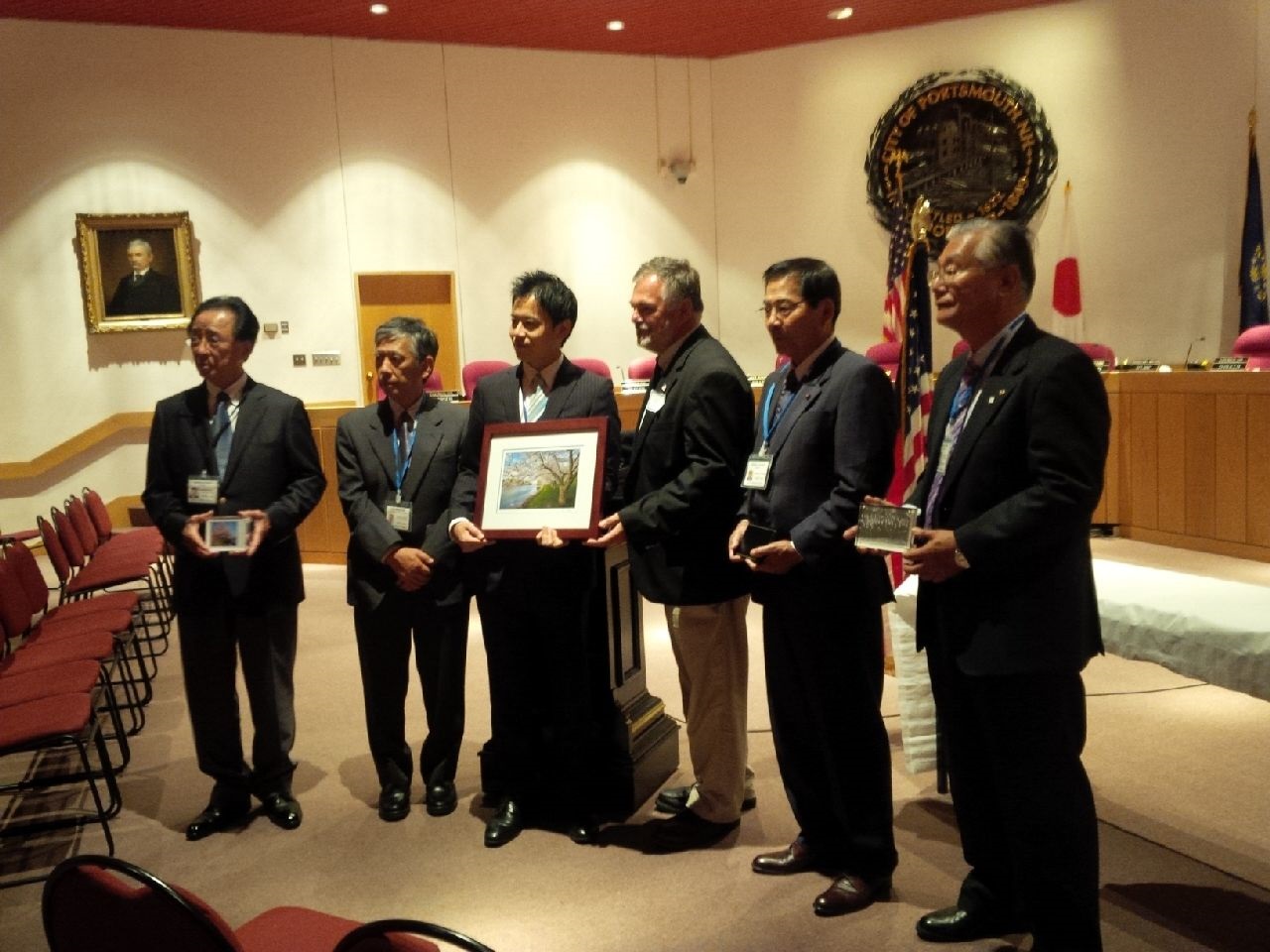 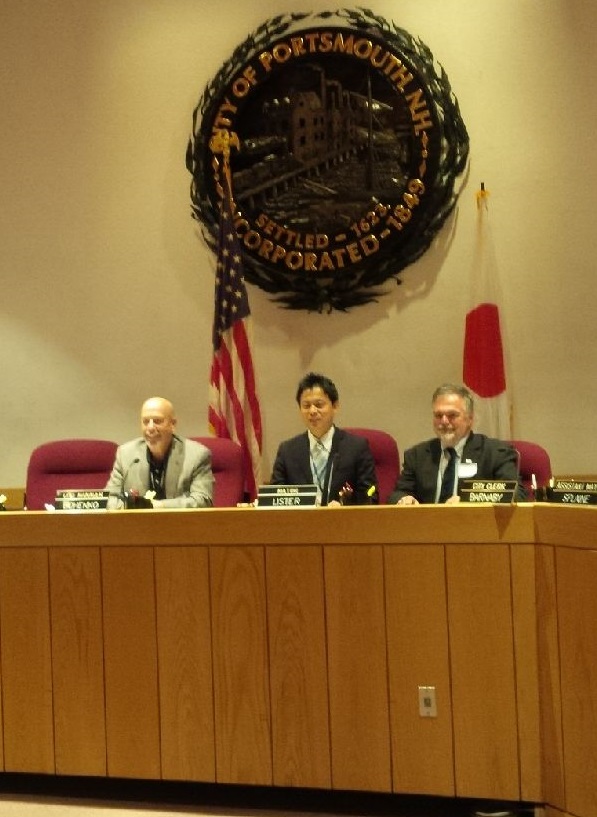 On Saturday, September 5th, the Nichinan delegations started the day with a tour of Portsmouth Naval Shipyard, where the Treaty was signed 110 years before (below, left, outside Building 86 at the Shipyard). They then visited the Portsmouth Peace Treaty exhibit in the John Paul Jones House Museum (below, right). 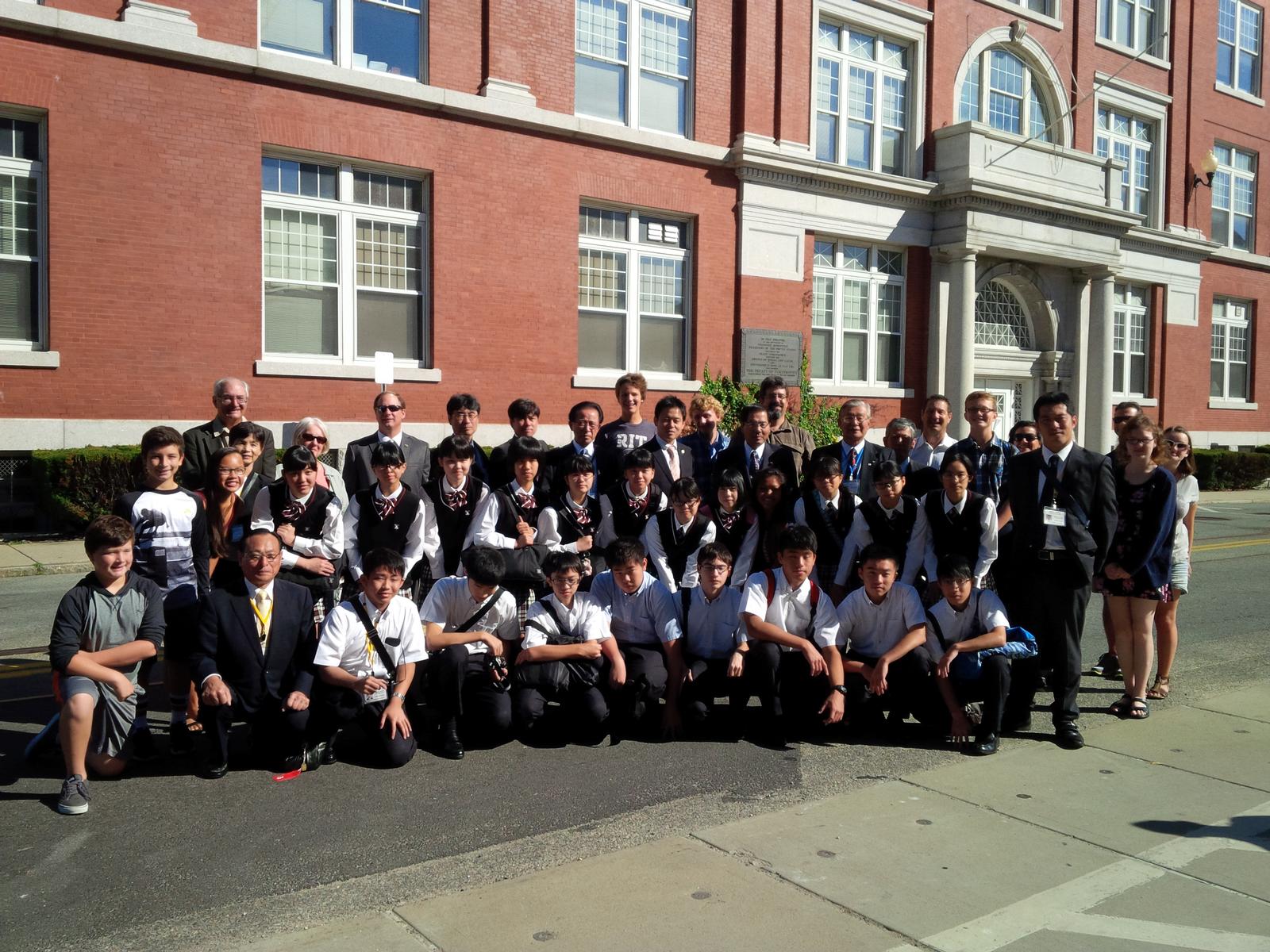 In the afternoon, the groups from Nichinan joined several Russian diplomats for a public celebration of Portsmouth Peace Treaty Day at Portsmouth's outdoor history museum, Strawbery Banke. Mayor Robert Lister read the Governor's Proclamation (below, left) and then, after the Portsmouth Naval Shipyard whistle blew, the audience joined the chorus of church bells throughout the City by ringing small commemorative bells (below, right), including four brass bells from the historic foundry in Novograd, Russia, presented by the visiting diplomats. For a video clip of the bell-ringing, click here. Photo and vidoe courtesy of Portsmouth Herald, photographer Ioanna Raptis and reporter Suzanne Laurent). 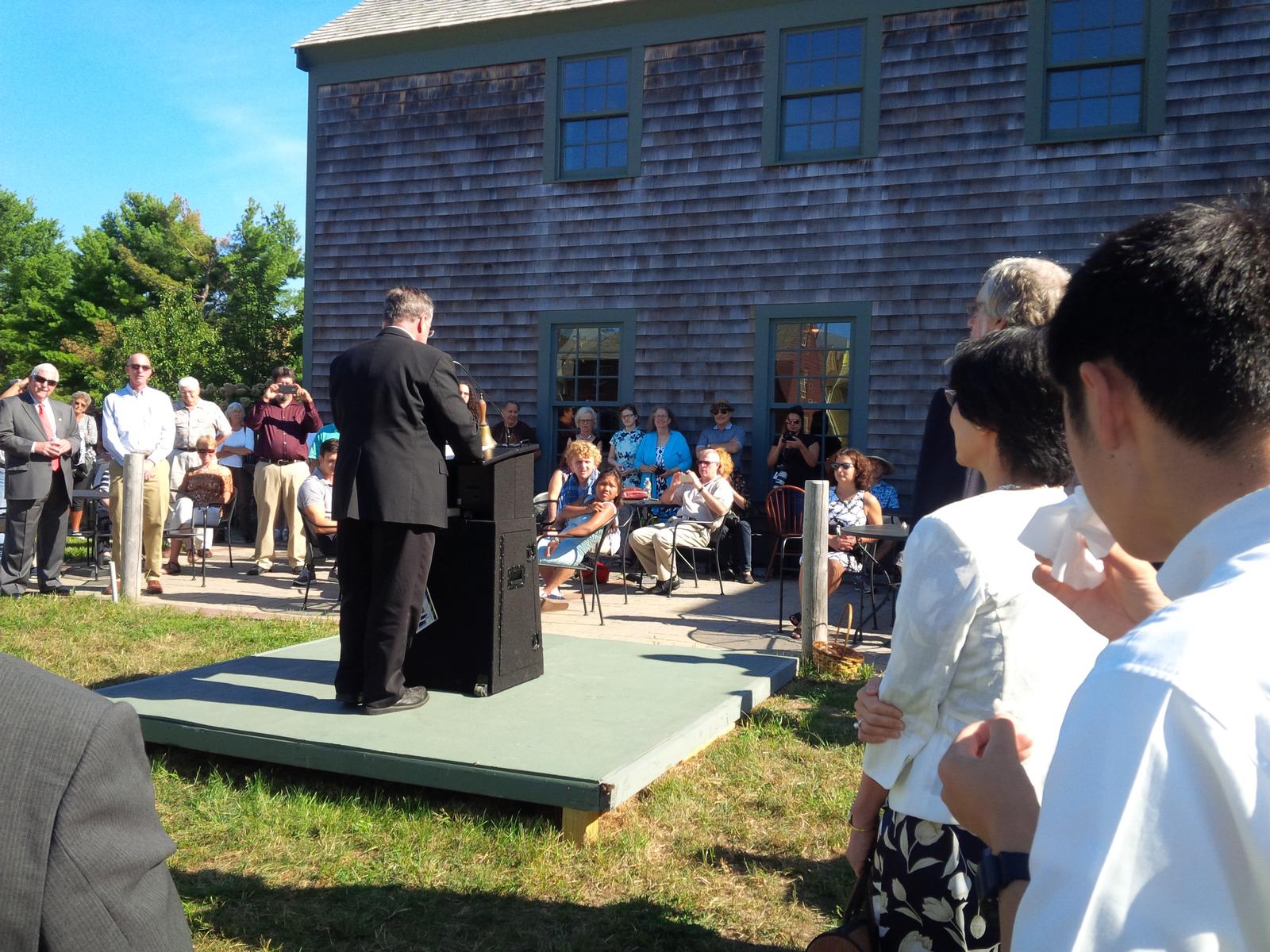 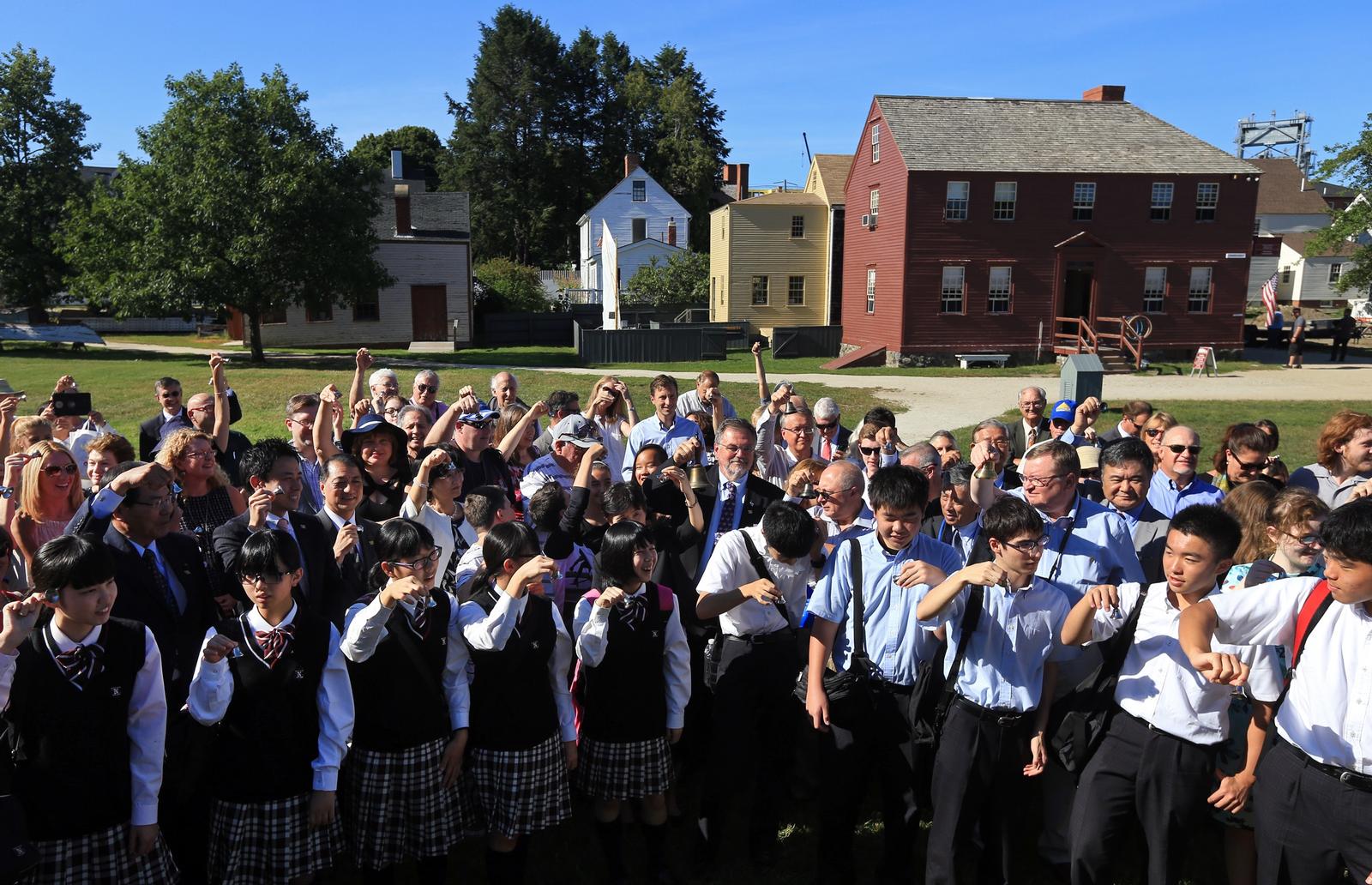 Portsmouth Peace Treaty Day commemorations concluded with a special program at Wentworth By the Sea Hotel, in the room where in 1905 the Japanese delegation hosted an Appreciation Banquet for their Russian counterparts and New Hampshire hosts. The 2015 program was the first time Russian and Japanese diplomats had gathered in friendship in the same room since 1905.

Alexander Kuznetsov, Head of History and Documentation Department of the Ministry of Foreign Affairs of the Russian Federation, who attended the Treaty commemorations on September 5th presented a set of documents from those archives, “selected in honor of the people of Portsmouth who have collected the history of the  Portsmouth Peace Treaty conference, to enrich those archives.”

When presenting the gift at Wentworth By the Sea in September, Mr. Kuznetsov observed, “Being a diplomat myself, I haven’t seen many places in the world where the peace-making efforts of diplomats are so honored and remembered as in this city.  These annual ceremonies have become an important part of the common historic heritage of Russian, American and Japanese peoples.”

Film, “An Uncommon Commitment to Peace:

Consulate General of Japan in Boston

Consulate General of the Russian Federation in New York