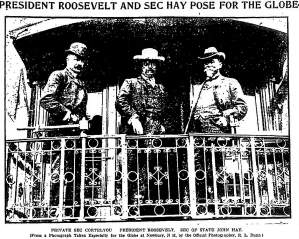 In August 1902, on a Presidential tour of New England, Roosevelt stayed overnight with the Hays at The Fells. Newspapers report that Hay met him at the depot in Newbury and they crossed Lake Sunapee in the Hays’ private steam launch, The Nomad. During his visit, Roosevelt planted a maple tree, that endures (below).

The Roosevelt maple frames a view of The Fells. 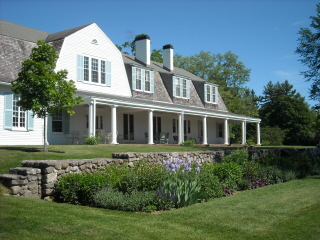 The Fells, Hay’s home (top) and gardens with view of the lake (above). 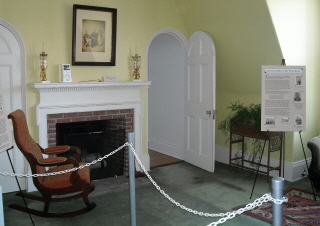 The President stayed in this second floor bedroom (above) during his visit. 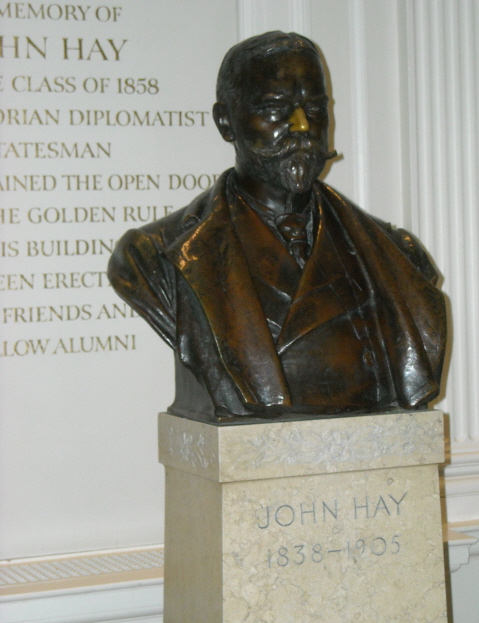 Bronze bust of John Hay by Augustus Saint-Gaudens.
The gift of Mrs. Hay to the John Hay Library at Brown University.

John Hay was the behind the scenes author of so much of the US foreign affairs during the McKinley and Roosevelt administrations that if he had not died on July 1, 1905, it might be hard to ascribe the Treaty of Portsmouth to the diplomatic efforts of Theodore Roosevelt. Certainly Hay’s efforts with the European powers and with the events in China that preceded the Russo-Japanese War are central to the story of the 1905 negotiations between Russia and Japan under the good offices of the United States. But it takes nothing away from either Hay or Roosevelt to say, as Dennett did that Roosevelt deserves the credit for the Portsmouth Peace Treaty alone, just as surely as to Hay must go the honor of the open door policy in China. 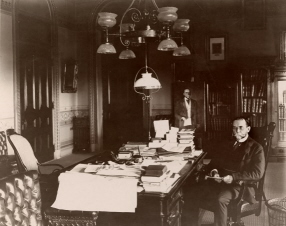 Secretary of State John Hay in his office in the War Department.Roosevelt visited him often here. as Diary references such as this one from February 3, 1905 notes,"The President spent an hour with me in the afternoon. He was deeply disturbed about the state of the treaties in the Senate, not so much at the opposition of the Democrats as at the nerveless acquiescence of our people in every attack that is made upon them"

At the age of 59 and after years as internationally acclaimed author, editor and statesman (as well as Lincoln’s secretary), when Hay accepted the invitation to be US Ambassador to London in 1897, he was the ideal man for the job. “If it was Hay’s luck to appear at this favorable moment it was equally the good fortune of his government to have in London just the right sort of person to give direction to the new turn of affairs.”  An Anglophile by experience and by temperament, he personified the English belief that America was worthy of a position at its side. In his publicly-proclaimed view, America and England were joined “in the beneficent work of the world… joint ministers of the same sacred mission of liberty and progress.” When a dispute over the boundary between Alaska and Canada had finally been settled by arbitration in 1903, Hay wrote, “The result will prove I was right in relying on the honor and conscience of an English judge.”  After 17 months in London, Hay came home to Washington to accept responsibilities President McKinley had endowed on his old friend as Secretary of State. And when McKinley was assassinated and Vice President Theodore Roosevelt took the reins, as Dennett observed, “the reappointment of Hay [as Secretary of State] was reassuring to an anxious nation, to more than one nation.” 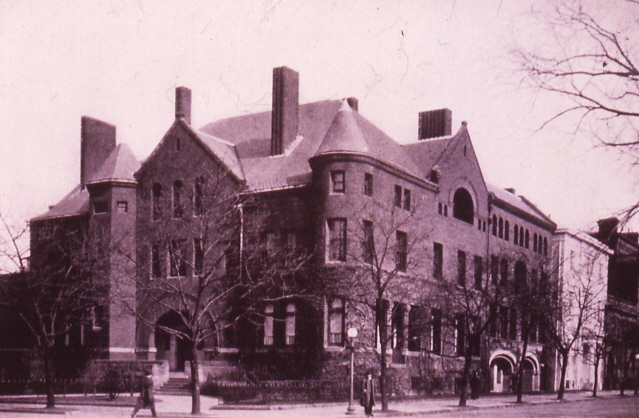 The President made a habit of stopping at Hay’s home (above) at 800 16th Street, across Lafayette Square from the White House every Sunday after church for a chat before lunch. In a campaign speech at Carnegie Hall in October 1904 Hay had asserted, "He [TR} and his predecessor have done more in the interest of universal peace than any other two Presidents since our Government was formed.’" Roosevelt, in April 1903, after calling Germany’s bluff over Venezuela – all completely off the record – wrote to Hay, "I wonder if you realize how thankful I am to you for having stayed with me. I owe you a great debt, old man." In July 1903, in reply to Hay’s offer that he step aside as Secretary of State to make way for Elihu Root (the man TR would choose to succeed Hay two years later) Roosevelt declined, saying "As Secretary of State you stand alone. I could not spare you." 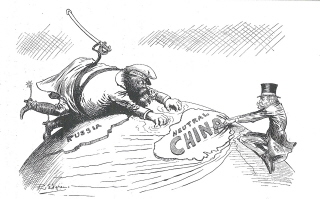 In August 1902 when President Roosevelt visited his Secretary of State at The Fells in Newbury, New Hampshire, the United States was emerging on the world stage, playing a part in negotiations affecting Alaska, Venezuela, the Panama Canal, the Philippines, China and Korea. Russia and Japan were drawing closer to the confrontation that would erupt in the Russo-Japanese War in 1904-05.Hay was a critical source of guidance in the months leading up to the war and at the beginning of Roosevelt’s role in orchestrating an end to the conflict. Hay died at The Fells on July 1, 1905 before the peace conference between Russia and Japan began at Portsmouth, NH in August. But Hay’s advice and counsel prepared Roosevelt for his unique, international, multi-track diplomacy which resulted in successful negotiations concluding with the Portsmouth Peace Treaty that ended the war and earned Roosevelt the Nobel Peace Prize. John Hay’s diaries detail the ambassadorial contacts and initiatives he and President Roosevelt made as they tried to bring the other Powers, including Russia and Japan,  to consensus in recognizing China’s "administrative authority" -- the main issue behind the dispute between Russia and Japan over Manchuria. 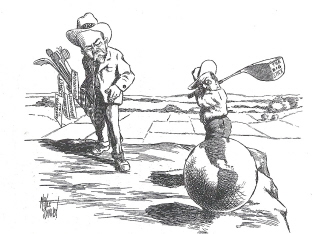 THE DIPLOMACY
With McKinley’s Cabinet, Roosevelt gained the wisdom and diplomatic experience of Hay, as his Secretary of State. The cartoonist McKlee Barclay portrayed the opinion of many around the country following the assassination of President William McKinley. In the cartoon (left), Roosevelt is shown wielding his famous "big stick" as a golf club, with the world as his ball. Hay stands ready with clubs named "diplomacy," "tact," conservatism," "statesmanship" and "arbitration." The caption that accompanied the cartoon reads, "A would-be champion. who is somewhat erratic, labors under the disadvantage of wielding a very large stick, and insists on playing with a big ball, but they say his caddy is fine and will pull him through."